Markdown.jl is a flexible and efficient markdown parser for Julia. It supports a preliminary implementation of CommonMark as well as GitHub, IPython and Julia flavoured markdown.

Note that Markdown.jl lives in Base Julia form 0.4 onwards. PRs and changes should be made over there.

You can construct Markdown by parsing it with Markdown.parse("...") or inline with the md"..." string macro. The created object will display itself nicely in HTML environments and the terminal.

You can also grab a package's readme with e.g. readme("Markdown").

Say we have a docstring that looks like so: 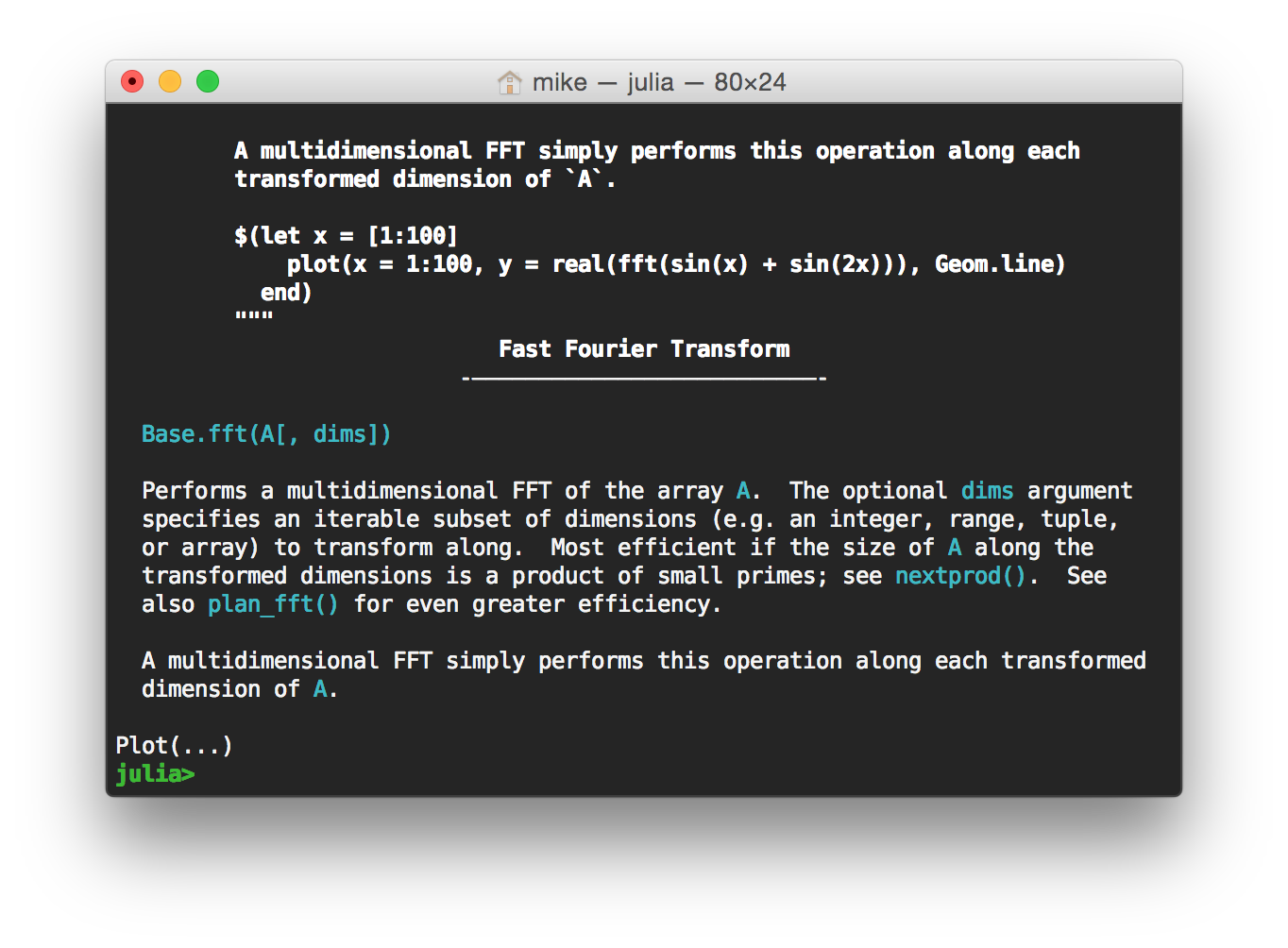 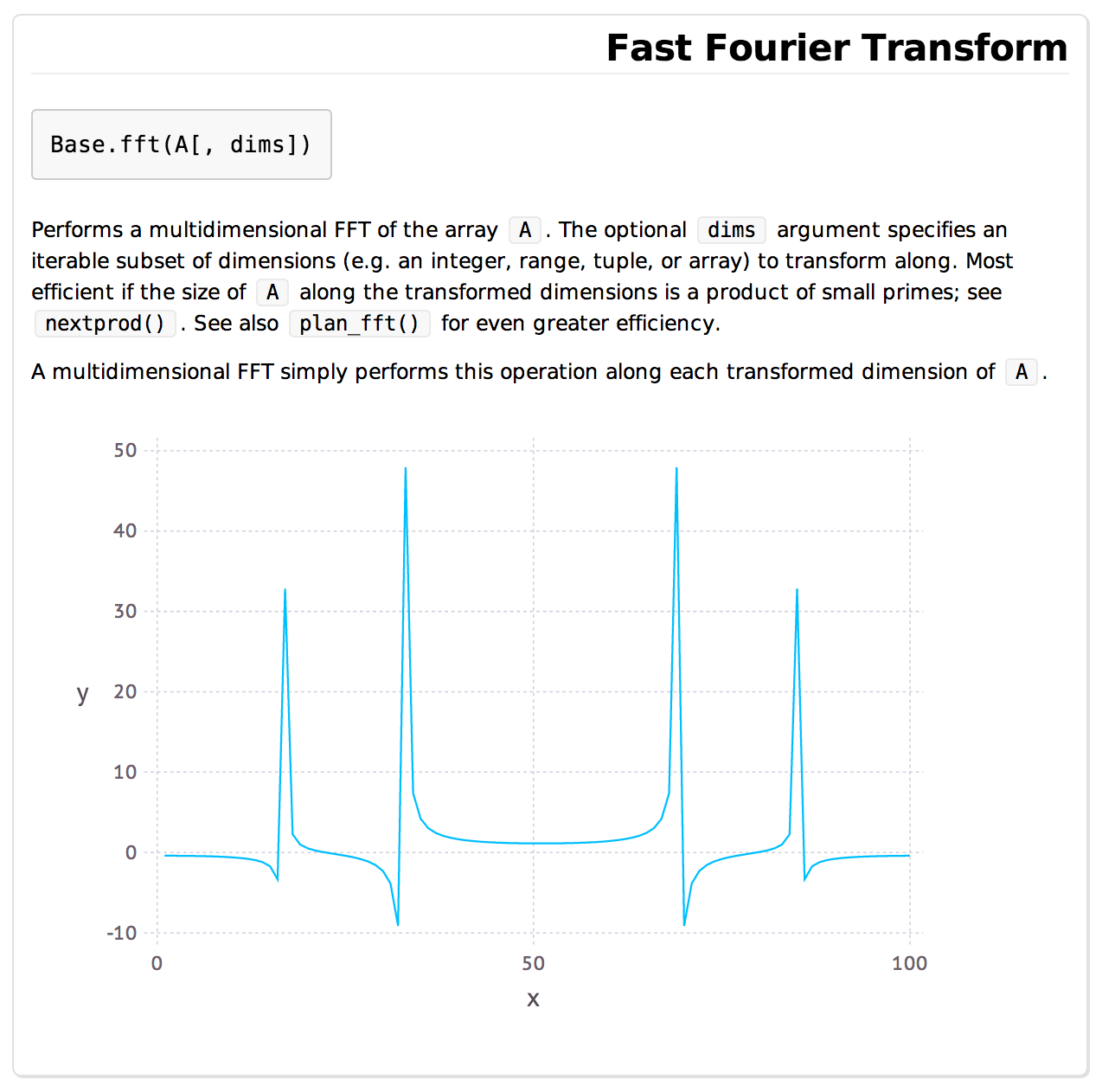 What's that you say? Why yes, I believe it is an interpolated Gadfly plot. Yes, it is indeed interactive. No, this probably won't actually be useful until we standardise on a plotting package in Base, but it's still pretty cool, right?

Incidentally, the interpolation also potentially solves the problem of growing a non-standard Markdown implementation, since anything we need can actually be interpolated as an object with appropriate writemime methods defined. I do plan to have Markdown syntax for tables, equations etc. anyway but until then you can always just interp. an Equation object of some sort.

So now all we need is syntax highlighting and Mathematica-style ASCII equation rendering in the terminal and we're all set.