The Julia package for analysis of evolution and phylogeny

The Julia package for Analysis of Phylogeny and Evolution

You have landed on the old repository for Phylogenetics.jl, a package for the Julia programming language I started to bring phylogenetics data structures and methods to the language.

This package and repository is no longer activley developed as Phylogenetics.jl

I joined several others to form the BioJulia project. All code in Phylogenetics.jl was contributed to the package, and after iterations and changes, became the Phylo module of the Bio.jl package.

If you're a Biologist looking for Phylogenetics or Sequence tools in the Julia language, come give us a visit at BioJulia! 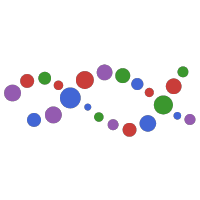