The umap function takes two arguments, X (a column-major matrix of shape (n_features, n_samples)), n_components (the number of dimensions in the output embedding), and various keyword arguments. Several important ones are:

The returned embedding will be a matrix of shape (n_components, n_samples).

Fitting a UMAP model to a dataset and transforming new data

To construct a model to use for embedding new data, use the constructor:

where the constructor takes the same keyword arguments (kwargs) as umap. The returned object has the following fields:

To transform new data into the existing embedding of a UMAP model, use the transform function:

The remaining keyword arguments (kwargs) are the same as for above functions.

There are two main steps involved in UMAP: building a weighted graph with edges connecting points to their nearest neighbors, and optimizing the low-dimensional embedding of that graph. The first step is accomplished either by an exact kNN search (for datasets with < 4096 points) or by the approximate kNN search algorithm, NNDescent. This step is also usually the most costly.

The low-dimensional embedding is initialized (by default) with the eigenvectors of the normalized Laplacian of the kNN graph. These are found using ARPACK (via Arpack.jl).

The full MNIST and FMNIST datasets are plotted below using both this implementation and the Python implementation for comparison. These were generated by this notebook.

Note that the memory allocation for the Python UMAP is unreliable, as Julia's benchmarking doesn't count memory allocated within Python itself. 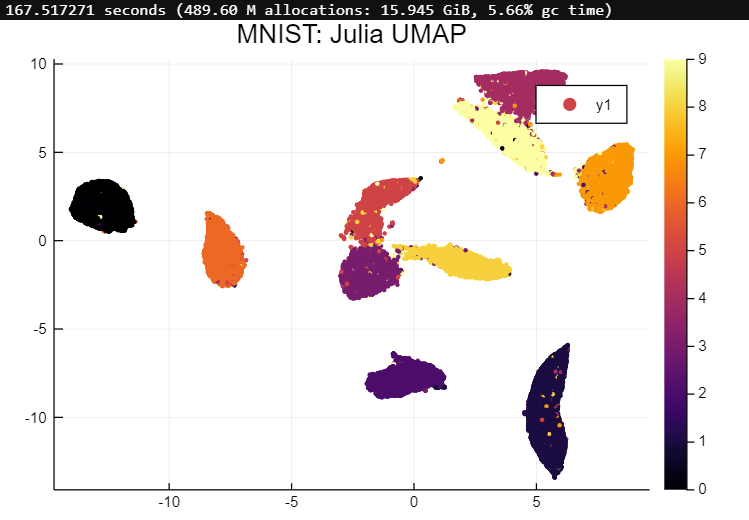 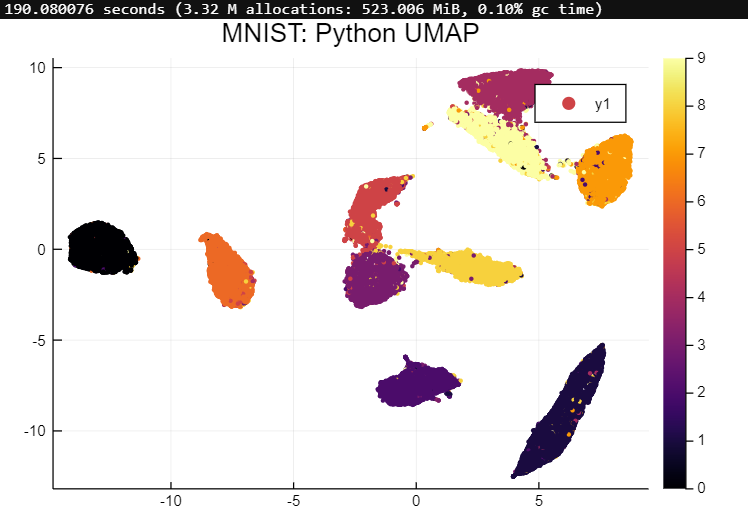 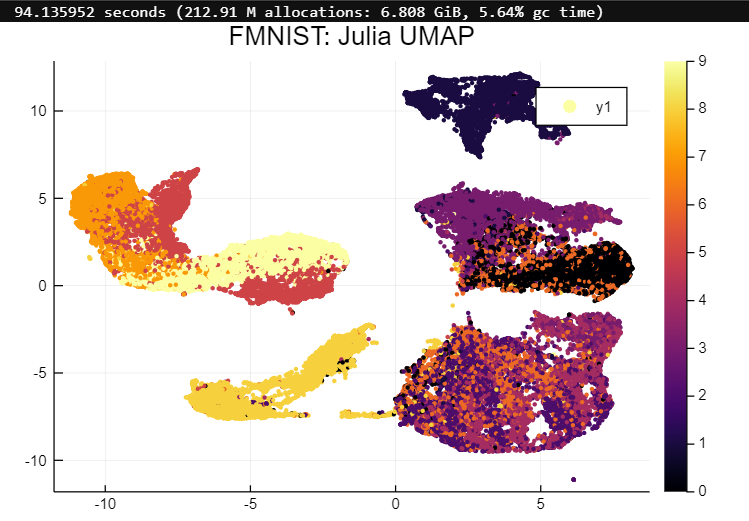 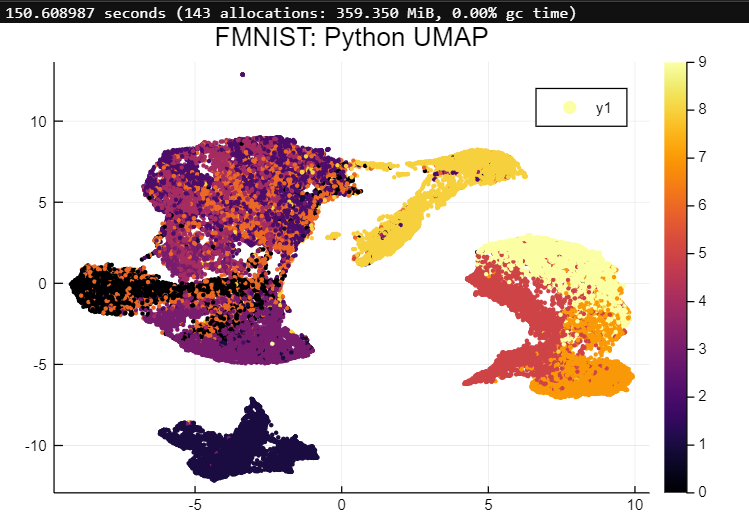 This implementation is a work-in-progress. If you encounter any issues, please create an issue or make a pull request.